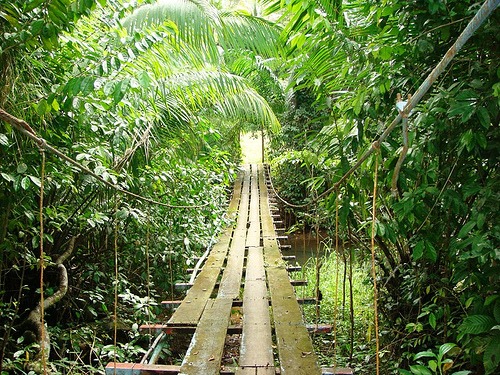 When everyday life is getting you down, it’s time for an adventure!

Adventure quotes can help remind you that the world is filled with exciting things to do and see. There are faraway lands to explore, fascinating people to meet, exotic foods to try, and new experiences to savor. However, there are also many small adventures you can go on, close to home.

The first step in living a life of adventure is to decide what adventures you want to go on. Then, you need to map out the steps you’re going to take, perhaps enlist a few adventure buddies to accompany you on the journey, conquer your fear, and set out on your quest. I hope the adventure quotes below will encourage you to get going.

Here are 50 adventure quotes to encourage to get out there and live your life to the fullest:

1. “One way to get the most out of life is to look upon it as an adventure.” — William Feather

2. “I went to the woods because I wished to live deliberately, to front only the essential facts of life, and see if I could not learn what it had to teach, and not, when I came to die, discover that I had not lived.” — Henry David Thoreau

4. “Somebody ought to tell us, right at the start of our lives, that we are dying. Then we might live life to the limit every minute of every day. Do it, I say, whatever you want to do, do it now.” — Michael Landon

5. “A person should set his goals as early as he can and devote all his energy and talent to getting there. With enough effort, he may achieve it. Or he may find something that is even more rewarding. But in the end, no matter that the outcome, he will know he has been alive.” — Walt Disney

6. “Death is more universal than life; everyone dies but not everyone lives.” — Alan Sachs

7. “Only those who risk going too far can possibly find out how far they can go.” — T.S Eliot

8. “If things seem under control, you are just not going fast enough.” — Mario Andretti

9. “Do not lose hold of your dreams or aspirations. For if you do, you may still exist but you have ceased to live.” — Henry David Thoreau

10. “I am convinced that it is not the fear of death, of our lives ending, that haunts our sleep so much as the fear that as far as the world is concerned, we might as well never have lived.” — Harold Kushner

12. “When a resolute young fellow steps up to the great bully, the world, and takes him boldly by the beard, he is often surprised to find it comes off in his hand, and that it was only tied on to scare away the timid adventurers.” — Ralph Waldo Emerson

13. “Believe me! The secret of reaping the greatest fruitfulness and the greatest enjoyment from life is to live dangerously!” — Friedrich Nietzsche

14. “Twenty years from now you will be more disappointed by the things you didn’t do than by the ones you did do. So throw off the bowlines. Sail away from the safe harbor. Catch the trade winds in your sails. Explore. Dream. Discover.” — Mark Twain

15. “Security is mostly a superstition. It does not exist in nature, nor do the children of men as a whole experience it. Avoiding danger is no safer in the long run than outright exposure. Life is either a daring adventure or nothing.” — Helen Keller

16. Life is not a journey to the grave with the intention of arriving safely in a pretty and well preserved body, but rather to skid in broadside, thoroughly used up, totally worn out, and loudly proclaiming – “WOW – What a Ride!” -Anon.

17. “I do not want to get to the end of my life and find that I just lived the length of it. I want to have lived the width of it as well.” -Diane Ackerman

18. “Look, I really don’t want to wax philosophic, but I will say that if you’re alive, you’ve got to flap your arms and legs, you’ve got to jump around a lot, you’ve got to make a lot of noise, because life is the very opposite of death.” — Mel Brooks

20. “Remember what Bilbo used to say: ‘It’s a dangerous business, Frodo, going out your door. You step onto the road, and if you don’t keep your feet, there’s no knowing where you might be swept off to.”” — J.R.R. Tolkien

21. “Always remember, it’s simply not an adventure worth telling if there aren’t any dragons.” Sarah Ban Breathnach

22. “A man practices the art of adventure when he breaks the chain of routine and renews his life through reading new books, traveling to new places, making new friends, taking up new hobbies and adopting new viewpoints.” — Wilfred Peterson

23. “If we all did the things we are capable of doing, we would literally astound ourselves.” — Thomas Alva Edison

25. “And the day came when the wish to remain tight in a bud was more painful than the risk it took to blossom.” — Anais Nin

26. “Courage is not the absence of fear, but rather the judgment that something else is more important than fear.” — Ambrose Redmoon

27. “If one advances confidently in the direction of one’s dreams, and endeavors to live the life which one has imagined, one will meet with a success unexpected in common hours.” — Henry David Thoreau

28. “Do not go where the path may lead, go instead where there is no path and leave a trail.” — Ralph Waldo Emerson

29. “We have only this moment, sparkling like a star in our hand – and melting like a snowflake.” — Marie B. Ray

31. “The purpose of life, after all, is to live it, to taste experience to the utmost, to reach out eagerly and without fear for newer and richer experience.” — Eleanor Roosevelt

33. “Never forget that life can only be nobly inspired and rightly lived if you take it bravely and gallantly, as a splendid adventure in which you are setting out into an unknown country, to face many a danger, to meet many a joy, to find many a comrade, to win and lose many a battle.” — Annie Besant

34. “It takes a lot of courage to release the familiar and seemingly secure, to embrace the new. But there is no real security in what is no longer meaningful. There is more security in the adventurous and exciting, for in movement there is life and in change there is power.” — Alan Cohen Quotes

35. “When you set out on your journey to Ithaca, pray that the road is long, full of adventure, full of knowledge.” — Constantine P. Cavafy (read the whole poem “Ithaca” here).

36. “Don’t die without embracing the daring adventure your life is meant to be.” — Steve Pavlina

37. “If you obey all the rules, you miss all the fun.” – Katharine Hepburn

38. “At dusk the three of us encountered an elderly lady and her beagle hiking toward us. Teetering along on a walking stick, she wore a motoring cap and held a bunch of wildflowers. I said hello and asked her where she was going. She replied in Welsh, “Rydw i yna yn barod.” We looked to Erica for a translation. “She said, ‘I’m already there.’” -“A Ramble in Wales,” from National Geographic Traveler

39. “Keep trying. Stay humble, Trust your instincts. Most importantly, act. When you come to a fork in the road, take it.” — Yogi Berra

40. “It’s not the critic who counts, not the man who points out how the strong man stumbles, or where the doer of deeds could have done them better. The credit belongs to the man in the arena, whose face is marred by dust and sweat and blood, who strives valiantly…. Who knows the great enthusiasms, the great devotions; who spends himself in a worthy cause; who at the best knows in the end the triumph of high achievement, and who at the worst, if he fails, at least fails while daring greatly, so that his place shall never be with those cold and timid souls who knew neither victory nor defeat.” -Teddy Roosevelt

41. “The only question in life is whether or not you are going to answer a hearty ‘YES!’ to your adventure.” — Joseph Campbell

42. “I’d been having dreams lately, drunken dreams with their peculiar lucidity in which the Experience Trail, the High Seas seemed to call louder and louder, more and more insistently with a voice that was at the same time music—a siren’s song that almost threatened me if I refused to obey its quixotic urgings . . . ” — Sol Luckman

43. “…adventures don’t come calling like unexpected cousins calling from out of town. You have to go looking for them.” — unknown

44. “The reason most people never reach their goals is that they don’t define them, or ever seriously consider them as believable or achievable. Winners can tell you where they are going, what they plan to do along the way, and who will be sharing the adventure with them.” — Denis Watley

45. “There is no such thing as bad weather, only inappropriate clothing.” – Sir Rannulph Fiennes

46. “A man does not climb a mountain without bringing some of it away with him, and leaving something of himself upon it.” – Sir Martin Conway

47. “And forget not that the earth delights to feel your bare feet and the winds long to play with your hair.” — Kahlil Gibran

48. “Your time is limited, so don’t waste it living someone else’s life. Don’t be trapped by dogma – which is living with the results of other people’s thinking. Don’t let the noise of other’s opinions drown out your own inner voice. And most important, have the courage to follow your heart and intuition. They somehow already know what you truly want to become. Everything else is secondary.” — Steve Jobs

49. “Adventure isn’t hanging on a rope off the side of a mountain. Adventure is an attitude that we must apply to the day to day obstacles of life.” — John Amatt

50. “Plunge boldly into the thick of life, and seize it where you will, it is always interesting.” — Johann Wolfgang Von Goethe

See your life as a fabulous adventure and live your best life.

Did you enjoy this article? Subscribe to “Daring to Live Fully” by clicking here and get free updates.