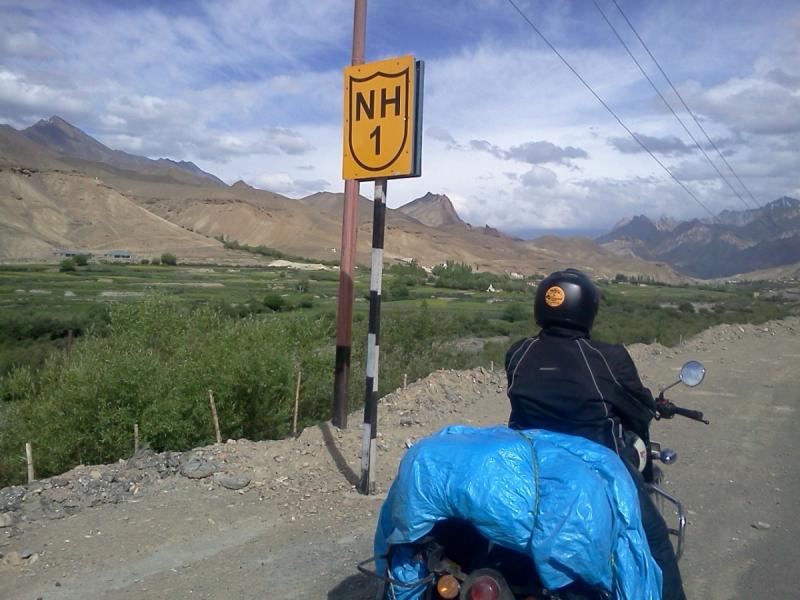 Motorcycle Tours in India and its subcontinent

The Adventure Motorcycle Tours in India:

“India” one of the oldest civilisation in the world. India has a rich culture with diversity. India is one of the most popular destinations in the world for Tourism. India has everything, starting from Mighty Himalayas up north to mesmerising beaches in down south, Lush green forest, ancient ruins, rich Hindu Culture and last but not the least “Royal Enfield’s”. If anyone wants to explore Adventure side of India then Motorcycle is the best mean.
Touring or travelling in India on a motorcycle provides the freedom to explore the remote, untouched and less commercialised places in the world. Royal Enfield’s are currently tends to be the most preferred motorcycle for touring in India. Because of its sturdiness and easy to maintain mechanism, makes Royal Enfield’s are most reliable partner during your Adventure Motorcycle Tour in India.

Motorcycle Touring Destinations in India:
India offers a wide range of diversity to Motorcyclist, but the preferred ones are undoubtedly “Himalayas”, and then come “Rajasthan” and “Southern India” especially Kerala, Tamil Nadu and Goa.

Motorcycle Touring in the Himalayas:
Touring in the Himalayas is always a dream destination for any motorcyclist because you get to ride on one of the most dangerous roads in the world, Highest Motorable Pass in the world “Khardungla” at the height of 5359 Mtrs and the land of a high altitude mountain pass with the average height of 4000 Mtrs. Royal Enfield in the Himalayas is the best partner to explore. Most of the traveller’s start their journey from Manali or Delhi, Manali is the foothills of Himalayas and also a base for Himalayan Motorcycle Adventure. Manali to Leh(Ladakh) roads is called on the magnificent journey in the Himalayas because it opens only 5 months in a year starting from June till mid-October and rest of the months covered with thick snow.
Motorcycle touring in Rajasthan:
Rajasthan undoubtedly one of the best place to explore on Motorcycle after Ladakh. Rajasthan offers rich cultural experience, colourful festivals, royal essence and heritage richness. There as so many places in Rajasthan to explore on Motorcycle, but one should don’t miss Jaipur, Udaipur, Jaisalmer, Pushkar, Jodhpur and Ajmer.

Motorcycle Touring in South India:
South India, one of the best-kept secret offers pristine beaches, Lush Green forest, the highest number of tiger reserves in the country, Ancient ruins like Hampi, Badami, Mahabalipuram, etc. Kerala one of the important destinations in South India to travel on Motorcycle, it has backwaters in Alleppy, Tea gardens in Munnar & Wayanad, Varkala beach and one of the best wildlife national parks like Periyar Tiger reserve and Wayanad Tiger Reserve.
https://www.motorcycleescapades.com/post/adventure-tours-india

With our passion for Motorcycles and adventure, we are in the business of creating memories and to provide a high level of attentiveness and dedication to every client, with their needs and considerations
being placed at the forefront of our business before anything else

This release was published on openPR.