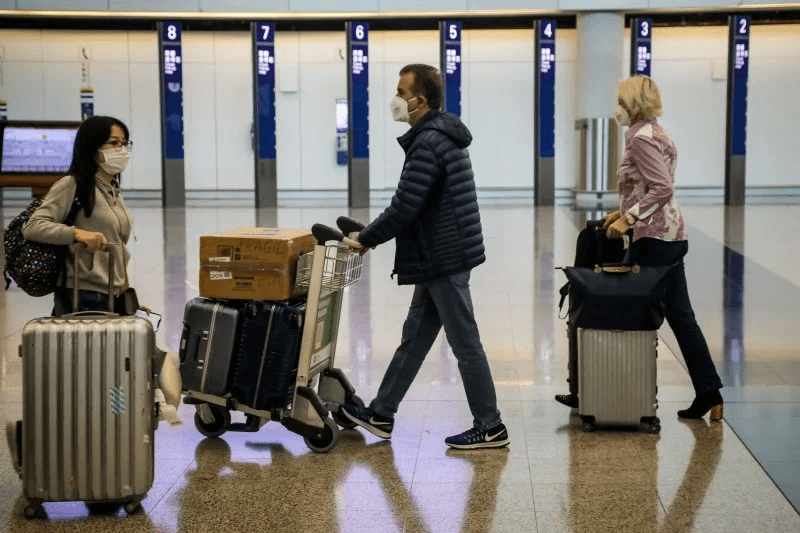 The European Union Member States may soon introduce a harmonized approach to restricting entry for all foreign travelers, amid an outbreak of the Novel Coronavirus.

A possible move to restrict entry for travelers who have recently been to China has indirectly been confirmed by Jens Spahn, Germany’s Federal Minister of Health in the fourth Merkel cabinet.

During a meeting with his French counterpart Agnes Buzyn, Minister Spahn said that possible travel restrictions are being discussed.

“Indeed, there is the question of possible travel restrictions or at least increased examination [of travelers] at the border,” Minister Spahn revealed, while answering to a question whether the EU would consider a ban similar to that imposed by the United States.

European governments could consider a US-style ban on foreign visitors who have recently been to China, in a bid to impede the spread of the deadly Coronavirus outbreak, the health ministers of France and Germany said on Tuesday.

“It makes no sense that a single country takes measures on a continent with border-free travel between most nations,” Spahn added, explaining that the restrictions would be harmonized for Europe’s whole border-less area.

“There is no sense in one country taking this type of decision while citizens move around freely…We would like closer cooperation so that we have exactly the same measures in all countries in order to be consistent in Europe since there is this free movement of people, and we wish to maintain this free movement,” French Health Minister Agnes Buzyn added, in a joint press conference with Spahn, upon their meeting.

She also revealed that Germany and France would ask the Croatian Presidency to call a meeting of the Health Ministers, to discuss further measures in this regard.

Whereas in Italy, where politicians have started panicking regarding the Coronavirus outbreak, Riccardo Molinari, a Member of Italian Chamber of Deputies since 2018, confirmed that the suspension of the Schengen Area as a protective measure towards Coronavirus, is one of the options on the table that his political party, the Northern League, is considering.

So far, all Schengen Member Countries but France, have halted the admission of Schengen Visa applications and visa issuance, in the light of the current Coronavirus alert.

Yet, a source of SchengenVisaInfo.com had confirmed last week that Europe would take more measures than only suspending visa issuance in China.

“…if the virus keeps spreading at the current tempo, the EU may introduce entry restrictions by the end of the week to Chinese nationals and recent visitors to mainland China,” the source said.

“Suspension of visa issuance for the nationals of a few countries in addition to China, is also an option if the situation does not improve for the better, of course,” the source confirmed.