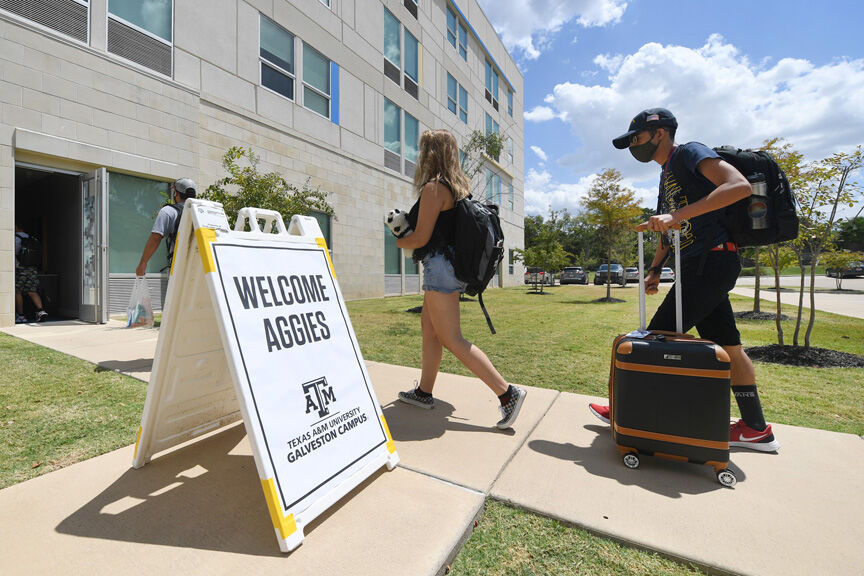 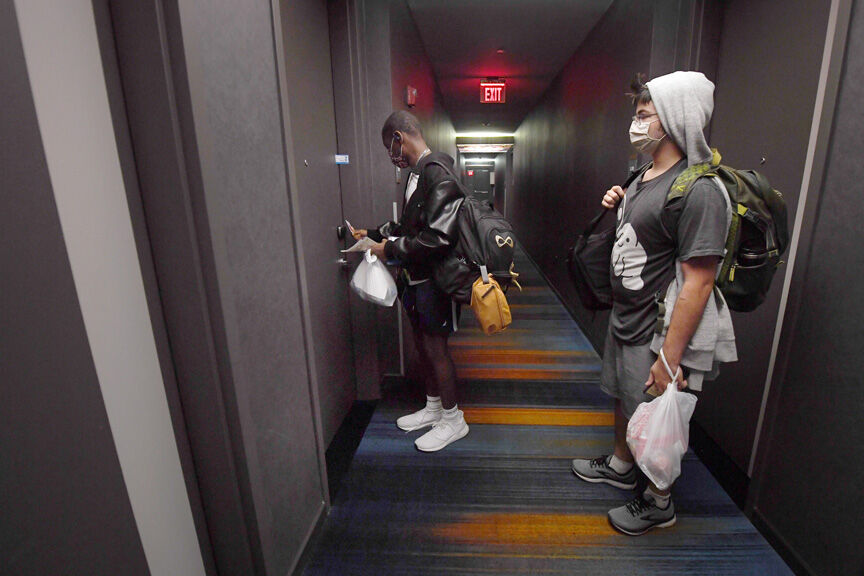 Terrell Bess, left, and Ethan Singer unlock the door to their hotel room as students from Texas A&M University at Galveston arrive at Aloft College Station on Tuesday, Aug. 25, 2020. Bess and Singer were among dozens of students who evacuated by bus from the school before Hurricane Laura makes landfall. 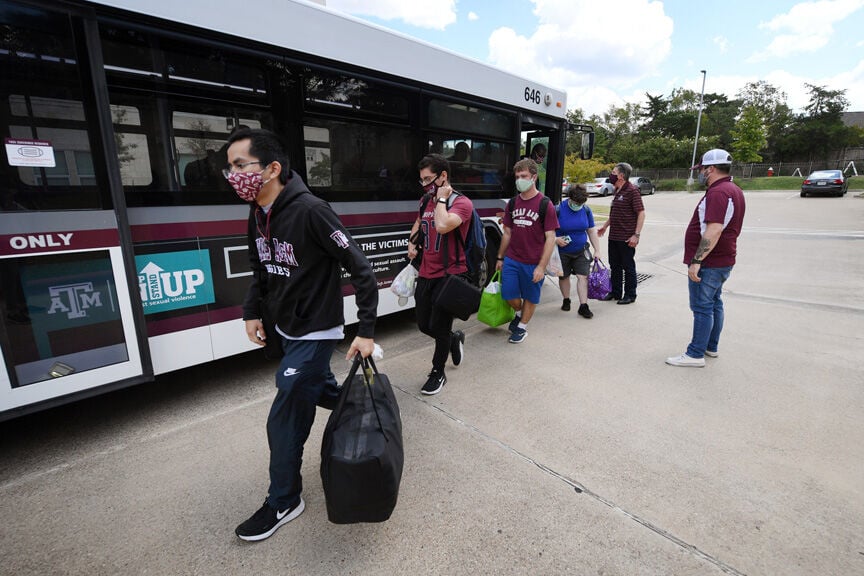 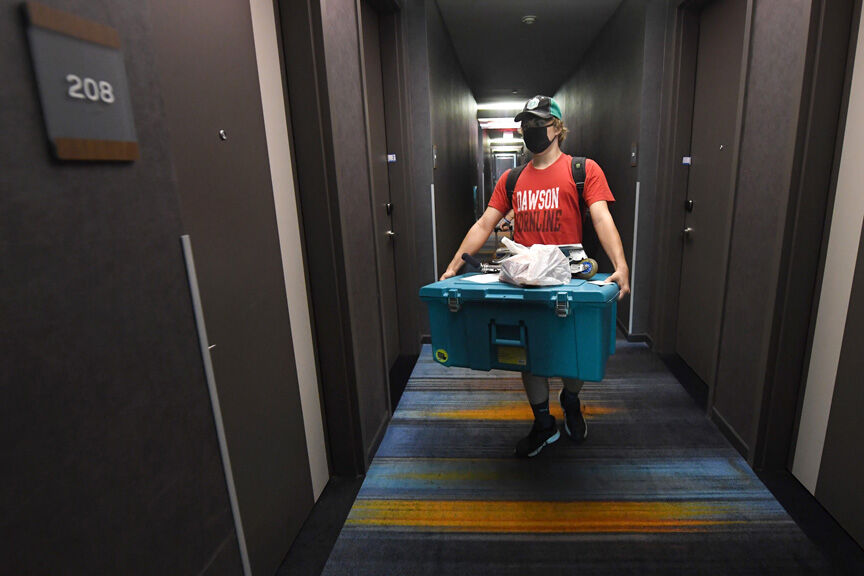 Trevor Smith carries his belongings to his room after checking in at Aloft College Station on Tuesday, Aug. 25, 2020. Smith was among dozens of students from Texas A&M University at Galveston who evacuated by bus from the school in preparation for Hurricane Laura’s arrival. 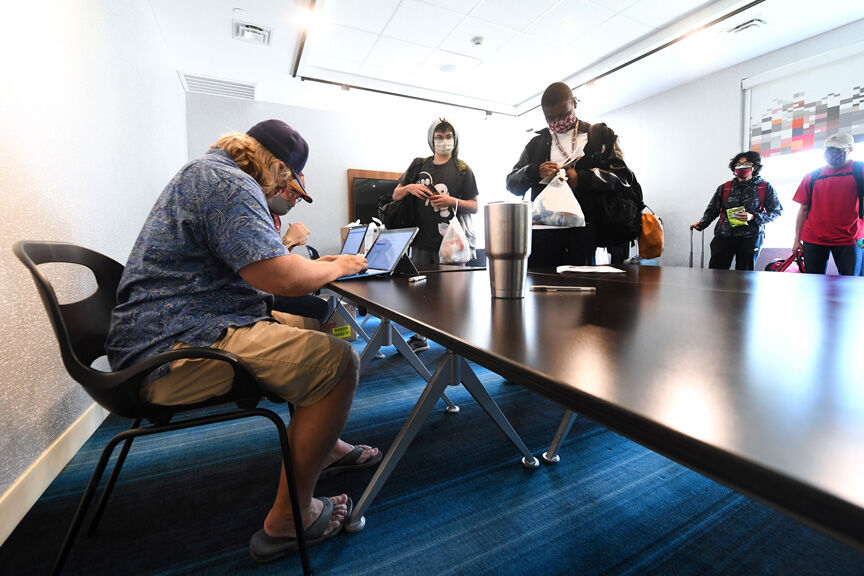 Ethan Singer, center, and Terrell Bess check in at Aloft College Station as students from Texas A&M University at Galveston evacuate the coast on Tuesday, Aug. 25, 2020. Singer and Bess were among dozens of students who arrived by bus from the school before Hurricane Laura makes landfall.

“I have been reaching out to hotels all day today, and finding no rooms at this time for Wednesday,” Experience Bryan-College Station President Kindra Fry wrote in an email Tuesday. “There are very few Thursday-Saturday [openings] that I have found, and by now those may be gone as well. I have not heard back from every hotel at this point, but definitely [got] a good sampling.”

While Hurricane Laura was not forecast as of Tuesday night to directly affect Brazos County, local officials stood ready to help the community and surrounding areas.

“We’re working with the emergency management really on a daily basis right now and getting prepared to respond to the needs of our community and the Brazos Valley, so not necessarily evacuees,” said AJ Renold, executive director of the Heart of Texas chapter of the American Red Cross.

“But if we have flooding scenarios or high winds, roof issues, that kind of stuff, if there are enough people that are affected we will open a shelter. We’ve been preparing for that for a few months now, and what it looks like is that we’ll initially shelter people in hotel rooms, and then if that becomes an issue, we’ll use First Baptist Bryan and A&M Church of Christ,” she continued. “Those are the only two shelter locations that are large enough and willing right now.”