Toby Wyatt, owner and operator of Reel Time Fishing, says, “The Columbia River provides water that is conducive to many types of fishing methods. At the mouth, our guides troll herring or anchovies behind flashers for Chinook and Coho. As the fish move up river, we change our method to trolling Pro-troll flashers with Brad’s Cutplug or superbait lures. As the Salmon near their spawning areas we then target them using eggs trolled behind divers, hover fished in the deep pockets, or side-drifted in the faster water. For Walleye, we generally troll bottom walkers with worm harnesses, crankbaits, or jig. Walleye are very aggressive eaters, but also move a lot. Staying on them is the most important part of having a successful day.” 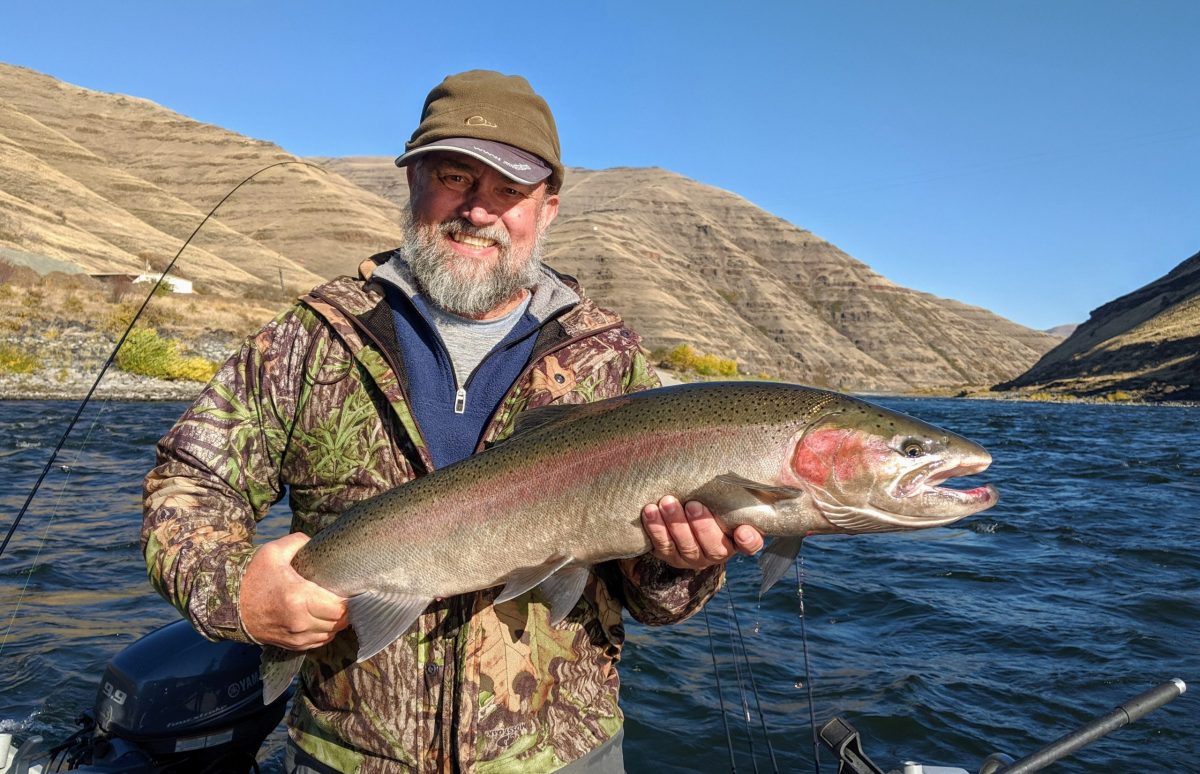 And just like with other places along the Columbia River, Reel Time Fishing offers Hanford Reach guided fishing. In mid-September their guides target fall run Chinook located upriver from Tri-Cities, Washington, on the section called Hanford Reach. This part of the Columbia River is a natural spawning area for Chinook salmon. This particular stretch of the river is regarded as a “free flowing” section because it is the longest portion between dams, which make it flow like a normal river. However, the water can fluctuate 3 to 6 feet in one day, which makes fishing difficult.

The Hanford Reach is the location of the biggest population of fall Chinook in the state of Washington, the big fish surpassing 50 pounds. The average Chinook is often in the high teens to the low twenties. Fishing at Hanford Reach can be quite a challenge; thus, fishing enthusiasts may want to book Reel Time Fishing as their fishing guides to remove the guess work from their fishing experience.

During the start of the season, they focus on using a fishing method known as “down hill or down river trolling,” which means that they troll with the river current. The advantage is that they are able to fish more mater in less time compared to other methods. This method has been found to work well when the fish are travelling. And then later on, they shift to back trolling eggs and plugs, focusing on spawning habitat where these fall Chinook are commonly found.

Meanwhile, Reel Time Fishing also offers fishing guides for the steelhead salmon, which are quite similar to the Pacific salmon. Steelhead stay in freshwater for one to three years before they travel to the ocean. Steelhead are considered to be the ultimate game fish. This is because they can be elusive and challenging to catch, but the reward is being able to catch a game fish, renowned worldwide for its elusiveness.

Those who have experienced fishing with the help of guides from Reel Time Fishing have been mostly positive with their feedback. For instance, Jay T. gave them five stars and said, “We had a great time with Travis. B-run steelhead. Travis was professional yet one of the guys. He was always ready with another baited rod. 10 large over 10# steelies before 10AM, 16 total. One was only 3″ off the state record. Lunch was fabulous, everything homemade. Highly recommend!”

When looking for a steelhead fishing guide Columbia River enthusiasts may want to check out the Reel Time Fishing website, or contact them on the telephone, or through email.