Travel advisor Kathleen Sullivan warned her Facebook followers from the outset that she was “throwing out a bomb” with a recent post.

“If you are a travel pro currently sending wealthy white clients to predominantly Black/brown communities that have fragile healthcare systems during a *pandemic,* you are participating in and perpetuating systemic racism,” wrote Sullivan, who owns Anthology Travel in Washington. “It is okay to tell your clients no.”

The ensuing discussion, she said, reshaped her thoughts — somewhat — after fellow advisors pointed out that many Caribbean economies are desperate for tourism dollars to return.

Still, she maintains, travel is an unnecessary luxury right now. And her post is just one of a number that highlight the emotional and sometimes politically charged divide over the ethics of travel during a pandemic. It has even led to the rise of travel shaming among travel advisors in recent weeks, as consumers call to book trips to quarantine-free destinations like Orlando, Mexico and some Caribbean islands.

“You wouldn’t believe the crap I have had to deal with,” said Sonya Toole Little, owner of Sandcastle Wishes Travel in Kimberly, Ala., who has traveled to the openings of Walt Disney World and Universal Studios as well as to resorts in Jamaica and Mexico.

While admitting “I don’t keep my mouth shut very easily,” she said she has been personally attacked by peers and colleagues in what she learned were mostly behind-her-back conversations.

“I feel like this a personal attack, not just to me but to my business,” she said.

Indeed, the issue of whether or not it’s safe or responsible to travel or sell travel right now is part of a larger debate playing out among the general public globally. But for the travel community, advisors lament it is dividing their decimated industry at the very time everyone should be coming together to rebuild.

“I think we always were kind of rowing in the same direction,” said Kristen Buckshire, owner of Travel Ease in Cape Coral, Fla. “Now it seems there are two very distinct mindsets that have emerged. It’s a shame for the industry, because I feel like it’s a time that we need to stick together.”

Haisley Smith, vice president of marketing and development for Brownell Travel, said she personally has swung back and forth across the “great divide” but that in the end, advisors need to support each other and do “what’s best for each individual business owner.”

Sullivan doesn’t disagree. And she notes that she is among the fortunate who don’t have to worry about booking travel right now just to keep her business afloat.

She did edit her post to clarify her position about the racial injustice associated with pandemic travel after getting online feedback.

“The point isn’t that an advisor sending a white wealthy client to a Black or brown nation that’s heavily dependent on wealthy white tourists is racist,” she wrote. “The point is this: The fact that Black/brown nations *are* heavily economically dependent on wealthy white tourists *at all* is an artifact of structural racism. That’s the structure part. We should be sending direct foreign aid if we continue to be the cause of tourism’s shutdown rather than sending tourists [who are] potentially carrying a deadly disease.”

But she makes no apologies for her postings or her decisions against both traveling and selling travel in the near term.

Cheryl Rosen, a writer who runs a Facebook group for travel professionals, said discussions about the ethics of pandemic travel have been heated in recent weeks and that she has had to intervene in a number of discussions that devolved into name-calling. On occasion, she said, she has deleted particularly nasty posts.

In comments on one of her page’s recent posts, an agent wrote: “Please stop ‘travel shaming.’ We [and our clients] are free to choose.”

Another responded, “I’ve been waiting for someone to ‘at me’ lol. I guess those with access to me figure they will get a lengthy, EDUCATED battle if they do.”

To which another person posted: “Educated?” followed by two hysterical laughter emoticons.

Some advisors have said the travel shaming has prompted them to pull back on posting while traveling, and others say they are making sure to emphasize informational messages about health and safety protocols over promotions. 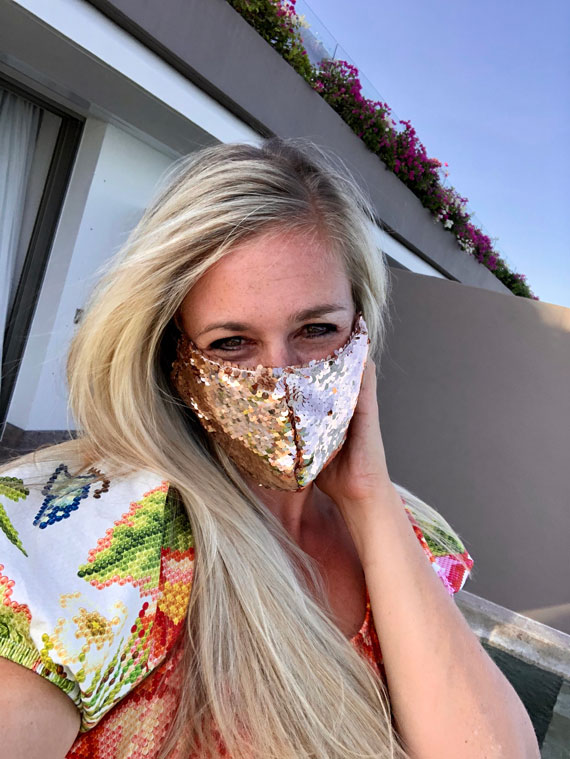 “I am obsessed with how I message,” said Kacie Darden, owner of Blue Pineapple Travel of Marietta, Ga., who traveled to Mexico and then to Aruba, where she planned to spend a month with her twin 6-year-old sons. “I post all pictures in masks. I still won’t eat inside restaurants, no matter where I am.

“I feel like there is a lot of space for people to show how to do this responsibly. It is scary, because you know people are judging right now.”

During a recent symposium sponsored by the Professional Association of Travel Hosts, Jenn Lee, vice president of sales and marketing at Travel Planners International, called on fellow advisors to refrain from engaging in the emotional online debates.

“If you don’t feel comfortable selling travel to your clients, that is your business decision,” she said in a follow-up interview. “I have no right to tell you you’re crazy or you’re doing the wrong thing. But you’re going to go out of business if you don’t talk about travel.”